Kozy Lofts is a Joke

Our company FoamInstall contractually undertook spray foam insulation installations for Kozy Lofts/John Stirling for a range of his customers. This was all running well for a number of jobs and then we realised that John Stirling was not your normal business man. We proceeded and continued to work and tried to make sure our money was coming in promptly and we wouldn’t get stung.

All our jobs were undertaken to a high standard and with utmost professionalism. We have customer signed satisfaction forms for each job reporting very high standards of work and manners. John Stirling was paid almost immediately after each job was undertaken by the customers. He then decided he was not going to pay FoamInstall and refused to take any calls or answer any emails. We managed to catch him on the phone at one stage, all he did was rant and rave on the phone like a lunatic for no apparent reason and did not answer for why the monies have not been paid.

To compound not paying his contractors, we supplied his customers through him with the 25 year guarantees for works undertaken. He failed to send these to his customers and they have had to contact us direct for copies which we have happily provided.

We decided to take the legal route to recovering the monies owed. We have judgement in our favour for the outstanding amount which exceeds £7000. He also had the audacity on court documents to write to us and say we would be paid, which has of course not materialised.

The whole Kozy Lofts/John Stirling outfit is an absolute joke and the most unprofessional person that we have ever done any business with. We would warn any customer or supplier that intend to use this outfit be very cautious with their dealings and the easy answer would be to totally avoid. 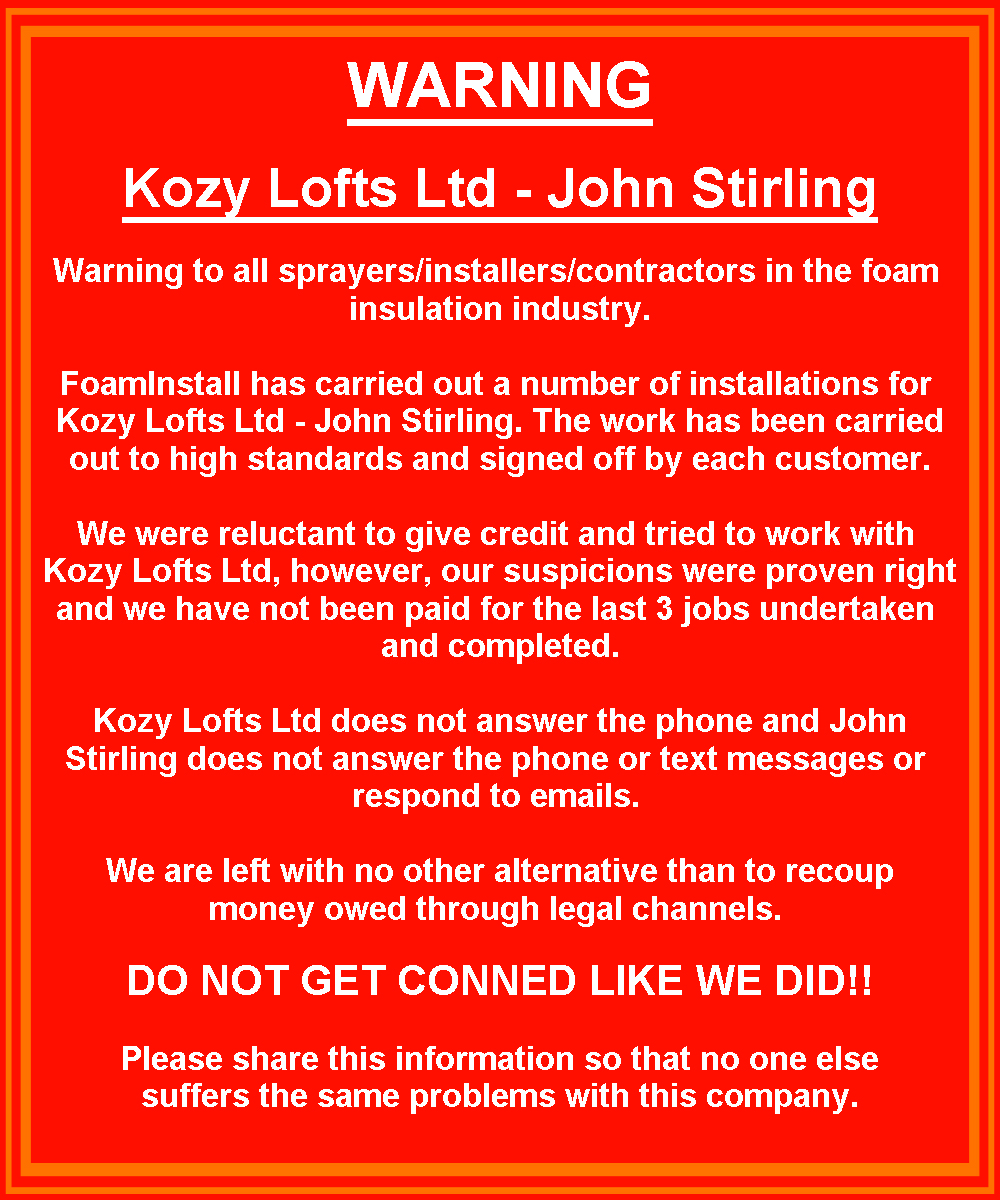 We can install into a wide and varied range of applications; domestic, commercial, industrial and marine. Contact us with your project and we can provide advice on how to approach it and what the best product to use is.

Our product has the longest guarantee that can be applied to a product in the UK market. A 25 year guarantee. While in the US where the product originates a lifetime guarantee is supplied, consequently we have the utmost faith in our product.

Contact us to speak with one of our professional operatives today. We offer free no obligation surveys and quotations for any project. Our number is 0800 020 9132 or use our contact form to email us.

Check out the range of services we offer at FoamInstall. We can offer advice on any application or project that you have, get in contact with us to speak with one of our operatives today and find out more. FoamInstall offer a free no obligation survey where we can come and provide a quotation to you for your project. 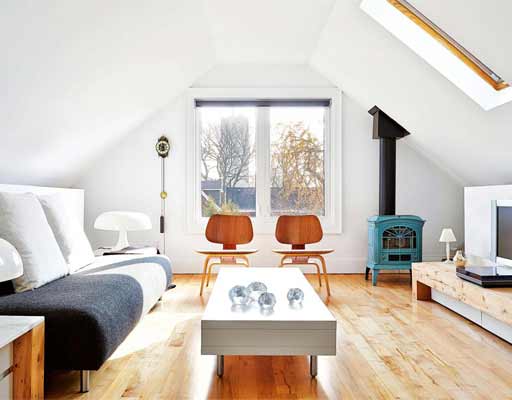 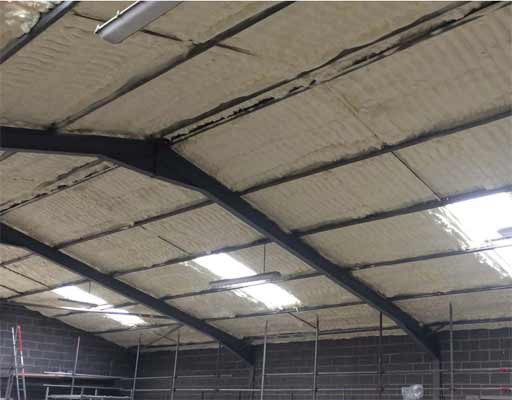 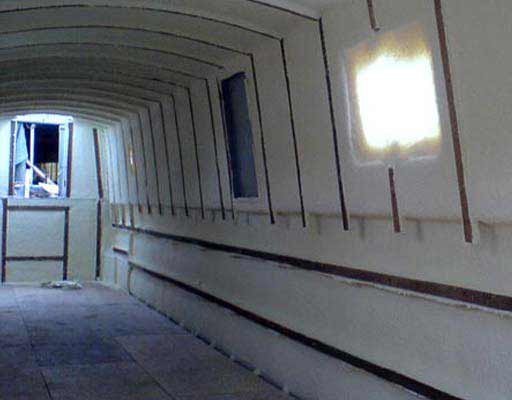